A Lily in Disguise 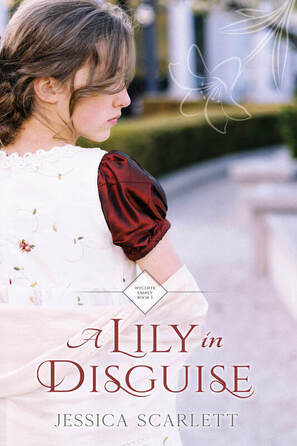 One woman. Three identities. A handsome lord trying to unmask them all.

To escape the scandals tied to her name, Lillian Markley has gone by an alias for eight years. It was the only way for her to get a reputable job and save enough money to reunite with her sister in America. But when Lily is suddenly let go just as she’s about to reach her goal, she’s offered a salary she can’t refuse in exchange for the unthinkable:

She must masquerade as an heiress at a country estate for the summer.

Being exposed means facing prison, or worse—never seeing her sister again. Run-ins with kidnappers, a suspicious young boy, and a dangerous gentleman who knows her secret quickly has Lily spouting lies as often as she sips her tea—all while battling her growing feelings for Peter Wycliffe, the smiling host who seems to best her at every turn. Nothing is as simple as it seems. And as the falsehoods begin to mount, Lily must use her arsenal of wits to keep her three facades separate, while preventing Peter—and herself—from discovering the true woman beneath them all.

A Lord of Many masks

​For her, love is a dream. For him, it's a dagger--one he isn't afraid to wield.

Eliza Wycliffe has always dreamed of falling in love. But when her mother reveals a secret that threatens her inheritance, Eliza realizes she must secure her future and marry before her Season ends—with or without love.

Recruiting the help of longtime friend and shameless flirt, William Bentley, Eliza sets about trying to find a husband while navigating the treacherous waters of the London ton. Just as she begins to make progress with a charming suitor, other, less-welcome feelings surface for William, the man busy giving away his smiles to everyone but her.

He’s the last man in the world who would love her back—not only because he harbors closely-guarded secrets about his past, but because he insists true love doesn’t exist. It’s up to Eliza to convince him otherwise, before the clock runs out. And if she can only reveal the man beneath the mask, then perhaps her confession isn’t the only one to be made . . .

A Lady on the Chase 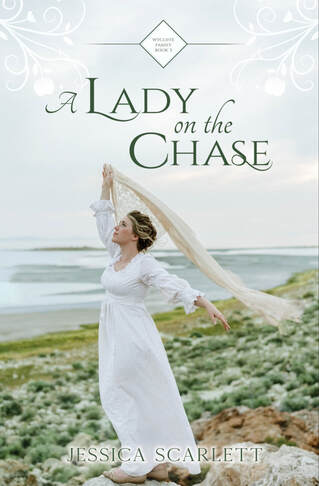 Lady Alicia Kendall has it all: wealth, beauty, suitors--and a history of creating scandals. The only thing she doesn't have is her best friend and man of her dreams, Henry Crawley. When Henry announces his plans to join the Regulars, her father's adamant disapproval of him deepens and prompts a deal to be struck:

She has two weeks to secure Henry's proposal, or she must give him up forever and marry a man of her father's choosing.

Alicia agrees. But when one of her attempts goes awry, she gets a begrudging proposal from someone else entirely--Matthew Wycliffe. The most condescending man ever to walk the face of the earth, and her newly-discovered nemesis.

If only to avoid yet another scandal, Alicia accepts Mr. Wycliffe's offer. After all, with the deal she struck with her father, she'll never marry the man anyway. But as they endure dark castles, hot-tempered soldiers, and hidden secrets brought to light all in their quest for a proposal from Henry, Alicia notices something different about the insufferable, grumbling Matthew Wycliffe. And she wonders if perhaps the proposal she wants is the one she's already received.

​Available on Amazon and Kindle Unlimited!
Read now
Powered by